Professor Tuffaeuser has the Discovery Bug! Jenny seizes the opportunity to visit her crazy, euphoric Uncle in his laboratory, where by accident she sets a Time Machine into action. First a dazzling light show appears…then a figure with a club wrapped in an animal skin .
A Neanderthal Man, called Morlo!
Jenny and Morlo flee to the Inner City together. Jenny finds him a trenchcoat, hat, and Paris-Hilton sunglasses to wear as a disguise. An exciting, chaotic tour of the city begins, almost ending in disaster. Shortly Morlo must return to his own time period, but still dressed in his new digs!

Only to appear on a new UTube video as….NEANDERSTYLE! 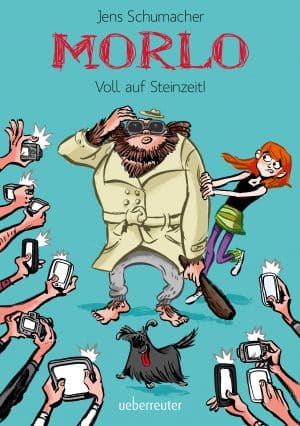